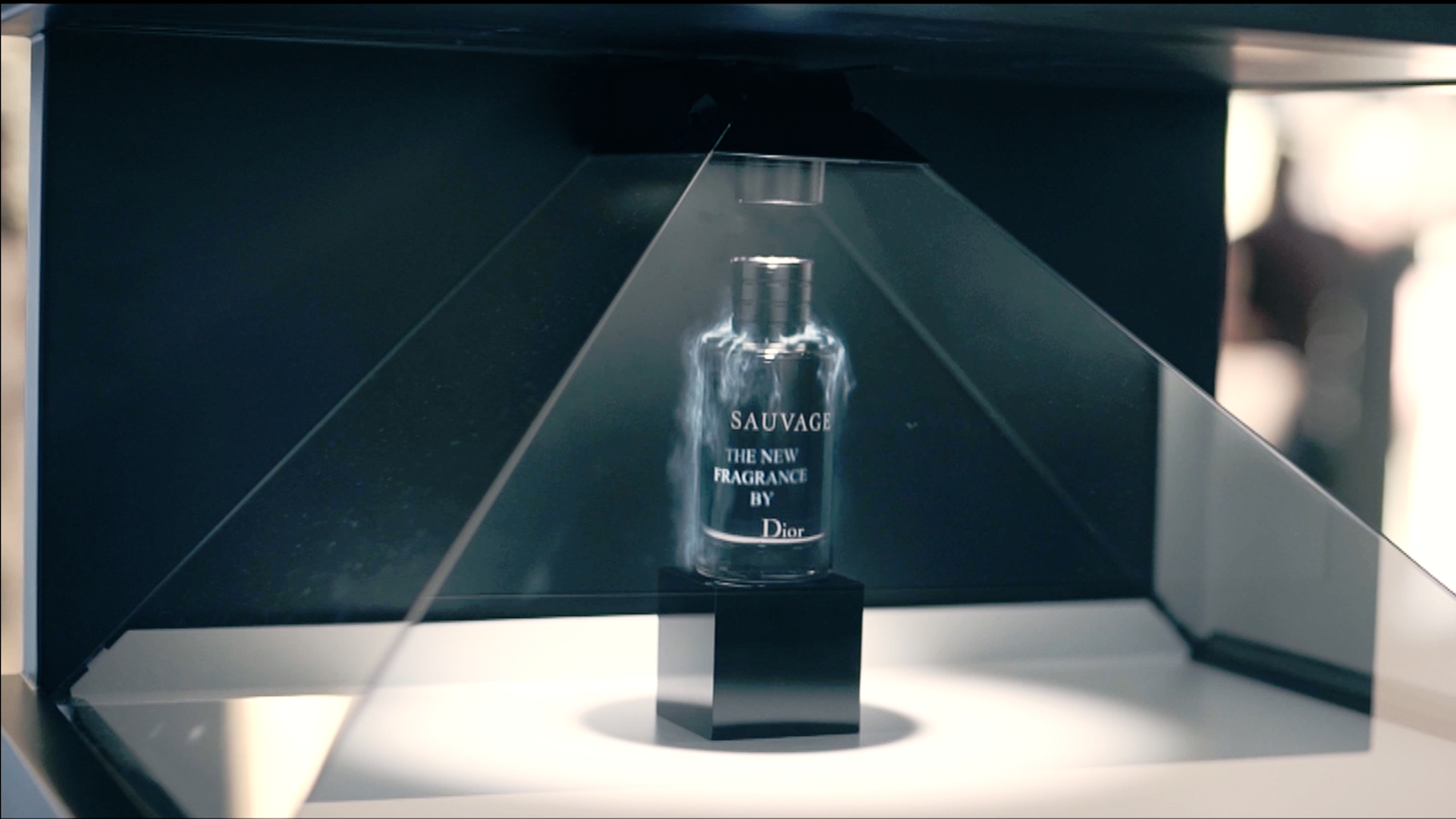 The hologram is a three-dimensional image created by the interference of laser beams or some other coherent light source within the holographic material.

Perhaps you did not know that the holography was born in 1947 and that the practical application itself started off the rising path of the 1960s laser discovery, but you probably remember the popular Star Trek series and EMH (Emergency Medical Doctor) hologram doctor and Lucas the Star Wars series where holograms were used as a means of communication, fun, exploration, espionage, and training for new Starfighter pilots.

Whether you're a fan of science fiction, you love technology, or just 'love everything you love', we'll try to explain exactly what the hologram is and what its applications are in science, entertainment and advertising.

How does the hologram come from?

The hologram is most often described as a three-dimensional image, mostly due to the fact that it leaves such an impression when observing it. However, hologram has very few touch points with traditional photography. Unlike the photography, the hologram consists of a series of data about the size, shape, light and contrast of the shape that is being displayed, stored in microscopic, complex and interlaced patterns.

To display the hologram, the laser proved to be an ideal source of light, because for the entire sample to be displayed, the light must be monochromatic and strongly focused, or coherent.

The hologram is created by dividing the laser beam into two parts, one part of which is rejected by the subject of the recording (eg Princess Leia from Star Wars sage Ep. IV) and then the cross with the other part of the ray reflecting the mirror. Two reflected beams create an interference pattern that is then filmed. After the laser beam passes through the film, hologram projection itself results, resulting in a realistic three-dimensional image of the photographed object.

So, when the hologram directs light, the data, which is stored as an interlaced pattern, shape the original view of a particular object, which the eyes and minds of the observer perceive as a real object. Since light is present and light is characterized by small density, it is possible to walk through the holographic form and observe from all angles.

We must note that there are several types of holograms and each requires a separate display technology. For some, there is a need for a laser, but some can be displayed using classic light sources, such as hologram displays. Some are able to show the object on the move, while others switch between static images and they can be in the entire spectrum of colours or change them.

History of the hologram

The theoretical theories and methods followed by the hologram were first formed in 1947 when Hungarian physicist Dennis Gabor, later rewarded with the Nobel Prize, developed the idea of holography to advance at that time a rather poor performance of the electronic microscope and found a way to improve the resolution.

The term hologram itself was composed of Greek words holos = whole and gramma = message.

His approach was strictly mathematical. He applied mathematical calculations by French mathematician and physicist Jean Baptiste Joseph Fourier who developed the mathematical model of converting any sample to the language of simple waves and vice versa.

However, technology was only advancing in the 1960s with the discovery of lasers. The first 'real' hologram 3D display was successfully realized in 1962 at the University of Michigan, and from the late 60's onward, holograms have been increasingly used for scientific, commercial and artistic purposes.

Holograms are today, though we may not notice it, all around us.

Most of the phone credit cards contain carved holograms on the surface that carry information on the currency. The scanners in the supermarket read from a bar code computer product using a holographic lens system to direct the laser light at a bar at the product. Today, holograms are increasingly used as a form of counterfeiting on driver's licenses, credit cards, various products and packages, and even clothing items.

Many holograms are used in military and travel airline industry. Holographic lenses are used in combat aircraft so the pilot can see important instruments in the cockpit without moving the look from the windshield, and similar technology is already being implemented in individual automobiles.

But we must not forget the advertising world as well. Hologram technology has brought about a real revolution when talking about new and innovative ways of advertising. Hologram ads, or holograms in the world, are already firmly positioned as an ideal method for promotional activities and advertising. The illusion of a real object, which is often projected to float in the air, attracts the attention of potential customers, and then converts, which is also the ultimate advertising goal. From supermarkets and exhibition fairs to showcases and streets, many great companies such as Nike, Adidas, Coca-Cola, Dior and others have been experimenting for some time with hologram displays and hologram technology.

In the future, the photons will move within the electrical assemblies of the computer just like the electrons today. When this is enabled, holograms will be used to store the data. This technology, dubbed HDS (holographic data storage), will allow the storage of extremely large amounts of data, for example, a national library of the size of sugar cubes.

Mobile 3D holograms will become everyday "aids" in architecture, medicine, biology and many other areas.

Haptologically holograms, holograms you literally feel when you touch them, except for fun, education, and various industries, will find its application in medicine, enabling surgeons to research hologram CT scenes.

We must not forget the mentioned Microsoft HoloLens and the Magic Leap - two projects that have gone a step further in extending the widening and virtuality of our reality. But while HoloLens allows interaction with holograms, Magic Leap uses a special technology that blends, that is, the boundaries of the actual and the virtual seem almost invisible. This technology basically works on projecting the image directly to the eye retina, and it is considered that such a projector will disappear from the need for screens that we know today: But Dynamic Digitize Lightfields Signal technology itself, behind the project, is kept in secret and we will need more wait until the realization itself.

In recent years, the hologram technology has really made great strides in the direction of SF films. Today's holograms are all nicer, more convincing, and can be compared to those of Star Wars. Even for less than 100 euros, you can make your own holograms or holographic projections in your home-made design.

Whether science and medicine, technology, automotive or aerospace, education, entertainment, data storage, advertising and promotional activities, we can safely say that hologram technology has brought about the right revolution in all spheres of our society.

If you are interested in applying hologram technology to your promotional activities and advertising, let us know!